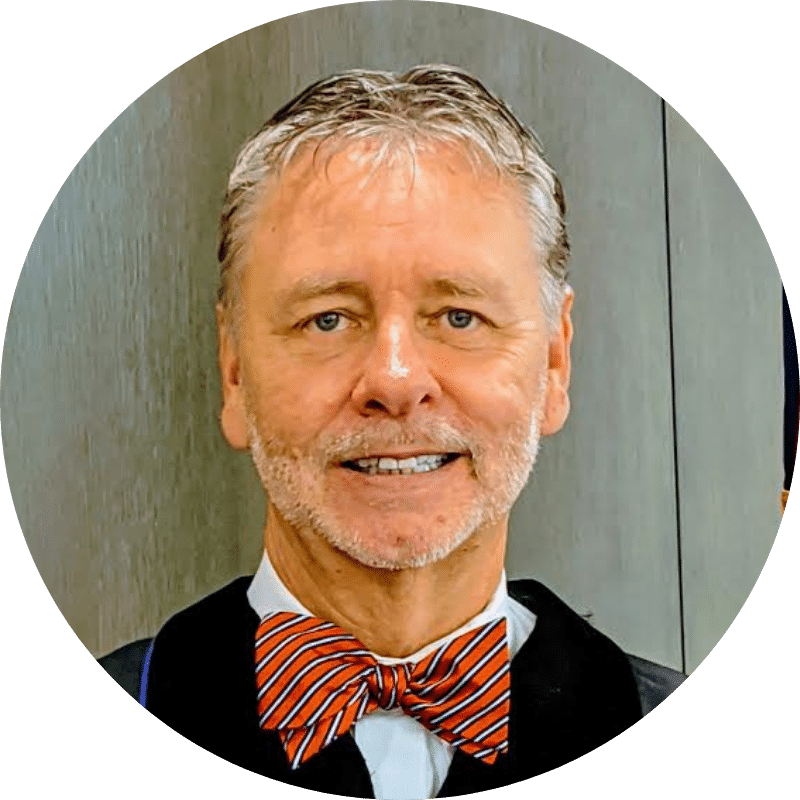 Teske served as a Litigative Expert for the U.S. Department of Justice in the “School-to-Prison Pipeline” case, United States of America v. Meridian, et. al. resulting in “a landmark consent decree” mandating sweeping reforms of school disciplinary practices that were harmful to kids of color.

The Governor has appointed him to the Children and Youth Coordinating Council, Governor’s Office for Children and Families, DJJ Judicial Advisory Council, JDAI Statewide Steering Committee, Georgia Commission on Family Violence, and the Georgia Criminal Justice Reform Commission. He served two terms on the Federal Advisory Committee for Juvenile Justice and is the Immediate Past National Chair of the Coalition for Juvenile Justice. He is a member of the National Council of Juvenile and Family Court Judges and has served on the Board of Directors. He is past president of the Georgia Council of Juvenile Court Judges and the Clayton County Bar Association.

He has written several articles on juvenile justice reform, including his model on school justice partnerships published in the Juvenile and Family Law Journal, Journal of Child and Adolescent Psychiatric Nursing, Juvenile Justice and Family Today, Family Court Review, Georgia Law Review, and the Georgia Bar Journal.  His book, Reform Juvenile Justice Now, is a collection of essays on juvenile justice issues.

Judge Teske is the 2018 recipient of the Juvenile Law Center Leadership Prize Award. He has received numerous awards and recognitions including Romae T.Powell Award from the Juvenile Court Association of Georgia, Clayton County NAACP Community Service Award, Howard K. Ables Award from the Georgia Juvenile Services Association, 2013 Alumni Award of the College of Arts and Sciences at Georgia State University, Distinguished Alumni Award of Clayton State University, and the Outstanding Leadership Award from the Georgia Association of Homes and Services for Children.

He is a Toll Fellow of the Council of State Governments and received his J.D., M.A., and B.I.S. degrees from Georgia State University in Atlanta, GA. Judge Teske is an adjunct law professor at John Marshall Law School in Atlanta, GA.

Breakout and Peer to Peer Session: School Justice Partnerships: How to Use Restorative Practices to Promote Student Safety & Success

Join Steven C. Teske and many more October 7-9. Register for the National Summit on School Safety.