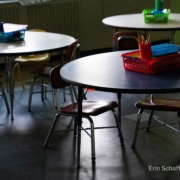 In The News: Educators Rely on Grief Training Through the Pandemic
Scroll to top
Download the Program Guide - One Last Step